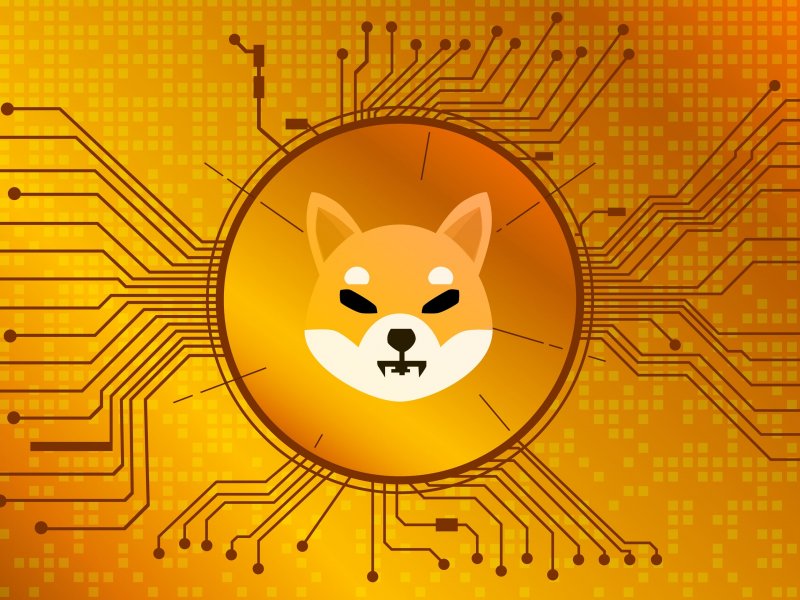 Dogecoin may be the leader of the meme coin pack, but Shiba Inu (SHIB) is nipping at its heels. Learn about this surging Ethereum-based token.

Dogecoin (DOGE) was the original meme coin, but since its rise to prominence, a number of rival dog-themed cryptocurrencies have emerged as challengers for its crown, including Doge Cash, Akita Inu, and Dogelon Mars.

Leading the pack is Shiba Inu (SHIB), which exploded onto the scene in 2021, jockeying for position with Dogecoin as top dog.

At its most basic level, SHIB is an Ethereum-based counterpart to Dogecoin. Unlike Dogecoin, it’s a token—a cryptocurrency that runs atop another blockchain’s infrastructure—rather than a coin, which exists on its own blockchain. Hence, where Dogecoin is forked from Luckycoin, which itself forked from Bitcoin-spinoff Litecoin, SHIB is an ERC-20 token running on the Ethereum blockchain.

Like Dogecoin, SHIB is a meme asset: a cryptocurrency that’s inspired by Internet memes, around which communities of enthusiasts form.

The price movements of meme coins are frequently linked to sentiment around breaking news and influencer activity on social media. Shiba Inu itself is named after the eponymous dog breed, which became the face of the “doge” meme that inspired the creation of Dogecoin.

What’s the story behind SHIB?

According to its official website, SHIB was created as an “experiment in decentralized spontaneous community building” by pseudonymous developer Ryoshi (which means “fisherman” in Japanese).

Ryoshi maintains that they are a “nobody” and “replaceable.” They argue: “With Shiba, we have from the beginning made very clear that no-one is in charge. There is no man accountable, no person responsible and no entity has the keys to the kingdom.” Ryoshi also claimed as of May 2021 that “to this day I own 0 SHIB.”

Accordingly, the Shiba Inu “woofpaper” (whitepaper) poses the question, “What would happen if a cryptocurrency project was 100% run by its community?”

Alongside SHIB, Ryoshi has also created the “Dogecoin killer” token LEASH, albeit in limited quantities, while BONE launched alongside the ShibaSwap decentralized exchange (DEX).

A total of 1 quadrillion SHIB have been minted, and the anonymous developers behind Shiba Inu sent around half of the total supply, just over 505 trillion SHIB, to the address of Ethereum co-founder Vitalik Buterin. The rationale, Ryoshi explained, was that “there is no greatness without a vulnerable point and as long as [Buterin] doesn’t rug us, then SHIBA will grow and survive.”

Buterin subsequently burned 410.24 trillion SHIB—90% of his holdings—and donated the remaining SHIB to charity, arguing that were he to do anything with the tokens he’d been gifted, it could cause unnecessary speculation.

If you find a lot of this ridiculous, you’re probably not alone. But Dogecoin was long considered a “joke” cryptocurrency before it became 2021’s breakout coin and the talk of fans like Mark Cuban and Elon Musk. Shiba Inu is already on a similar trajectory. At times the cryptocurrency has entered the top 10 coins ranked by market cap and even passed Dogecoin in the rankings, propelled by listings on major crypto exchanges such as Binance and Coinbase.

Where can you buy SHIB?

SHIB can be purchased via exchanges such as Coinbase, Binance, Huobi Global, and OKEx. It’s also traded on decentralized exchanges (DEXs) such as Uniswap, 1inch, and 0x. At Coinbase, you can buy SHIB directly using USD; other exchanges offer trading pairs with Tether (USDT), Binance USD (BUSD), or Wrapped Ethereum (WETH).

SHIB’s price jumped in May 2021, soon after being listed by Binance following apparently immense user demand. At the time, Binance CEO Changpeng “CZ” Zhao tweeted that the exchange “ran out of ETH deposit addresses due to SHIB today” and that it had “never happened before for any other ERC20 coin.” However, he also cautioned that he was “not endorsing it” and that he considered it “super high risk.”

The future of SHIB

SHIB’s meteoric rise has made some people very rich indeed; one wallet saw its holdings rise from around $8,000 to over $5 billion in 400 days. But for all that, it remains a “joke token” propelled by retail investor sentiment. It’s a similar phenomenon to the WallStreetBets movement that saw Reddit traders “ape in” to stocks such as GameStop and AMC because it amused them, or Crypto Twitter snapping up stocks of tungsten cubes.

Institutional investors, meanwhile, want nothing to do with meme coins and tokens; one exec working on institutional crypto custody told Decrypt that “zero” clients are looking to allocate a portion of their portfolios to SHIB.

But that might not matter if this new wave of meme-drive retail investment turns out to be the future of finance, and not—as some caution—a herd-driven bubble akin to the tulip mania of the 1600s. “If people care enough about a joke,” the exec pointed out, “it becomes real.”